Changes To California Solar Market Are Dead For Now 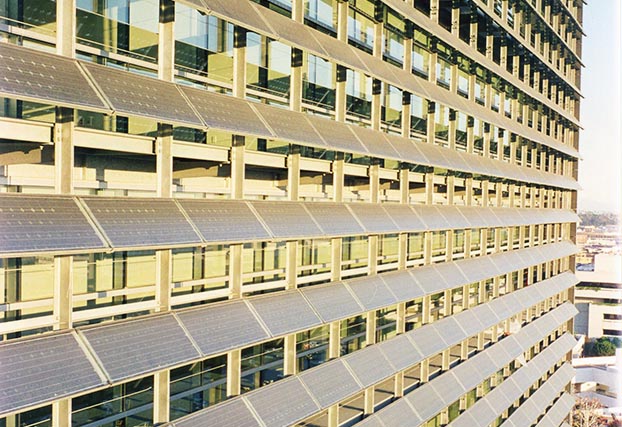 New net metering rules for how residents get paid for any extra electricity generated from rooftop solar systems.

California’s Solar Power Industry and solar advocates are breathing a sigh of relief after the California Assembly failed to pass a bill that would have reshaped the state’s solar marketplace.

Listen to this story by Erik Anderson.

The bill drew strong opposition from environmentalists and solar industry officials because it would have changed the state’s net metering system.

Net metering sets up the rules for how residents get paid for any extra electricity they might generate from rooftop solar systems. The original system paid residents the same price utilities charge for power.

Those changes did not affect customers who already had solar systems on their roofs.

AB 1139 would have further lowered the rates utilities pay for rooftop solar and instituted monthly grid access fees for customers with solar systems. Those fees could range between $50 and $80 a month.

Author Lorena Gonzalez framed the issue as one of equity between solar and non-solar residents.

“It would be nice if rooftop solar worked for everybody but we know it’s never going to,” Gonzalez said. “Those people who are left out, we will be burdening more and more unless we fix this cost shift.”

Gonzalez moved the bill to inactive status on Thursday, effectively killing the measure this year.

“While it was a victory, we remain vigilant and we continue to advocate to protect rooftop solar,” said Tara Hammond, of Hammond Climate Solutions. Hammond helped organize opposition to the Assembly bill and she warns the fight continues.

“I think our local activists, through events, through phone calls, through meetings, really helped shape the narrative and show the true negative impacts this bill would’ve had on our community,” Hammond said.

The California Public Utilities Commission is currently reviewing 17 proposals that change how rooftop generated electricity is paid for. Regulators could decide on changes to the state’s net metering system by the end of the year.